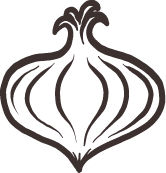 The Hamadas have been involved in raising and packing Walla Walla Sweet Onions for most of their lives. It all started in 1906 when Jikichi Hamada immigrated to the United States from Japan and started farming vegetables in the Seattle area. Jikichi and his family were relocated and confined to an internment camp during World War II. The farm was lost during the internment. After the war, the Jikichi settled in the Walla Walla Valley with his wife and seven sons and they began raising onion seed.

As the family grew, grandsons Randy & Barry learned how to raise Walla Walla Sweet Onions from their father. Alan and Harry began their own farm in 1975. Brian, another grandson, has been raising Walla Walla River Sweet Onions since 1984.

It has been over sixty years since the Hamada family started a new life in the beautiful Walla Walla Valley, and their Walla Walla Sweet Onion tradition continues today…

our growers and their story 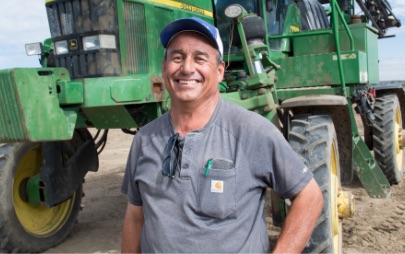 Sweet onions without the burn. Learn more about what makes a Walla Walla River Sweet Onion unique to other sweet onions.

A hybrid of our staple sweet onion bred with a red onion for a light red rose onion with a blended flavor of both onion profiles.

And Michael J. Locati is the great-grandson of emigrate Joe Locati, who came to Walla Walla from Milan, Italy in 1905. Michael grew up around the family business, developing a passion for Walla Walla Sweet Onion production from a young age. He earned a degree in Agriculture Technology & Production Management from Washington State University. Upon graduating, Michael returned home to the Walla Walla Valley and is following in the footsteps of his grandfather Ambrose Locati, great-uncle Pete Locati, father Ambrose Locati Jr., and uncle Michael F. Locati. Today, Michael continues the tradition of raising Walla Walla Sweet Onions as a managing member of Pacific Agra Farms and Walla Walla River Packing and Storage.
×

Luke Hamada was born and raised in Walla Walla, WA. As a youngster, he helped out his father, Harry, uncle, Alan and three cousins, Randy, Barry and Brian in farm-raising and harvesting Walla Walla Sweet Onions. While attending Washington State University in pursuit of a biology degree, Luke continued to help out on the farm whenever he could. Upon graduating, he decided to follow in his mother's footsteps. Luke taught middle school science for seven years until an opportunity presented itself and he decided to make a career change - to growing Walla Walla Sweet Onions alongside his family. After working on the farm for five years, he became an owner and manager of Pacific Agra Farms with his other partners. Today, Luke still proudly farms and resides in Walla Walla with his wife, Megan, and two sons, Taylor and Shay.
×